Smooth round jaws taper to a point and are used for looping and forming fine wires. 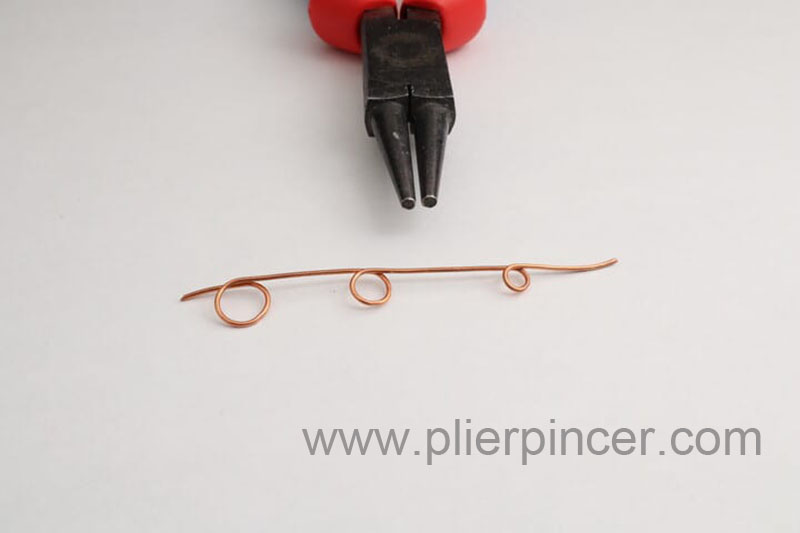 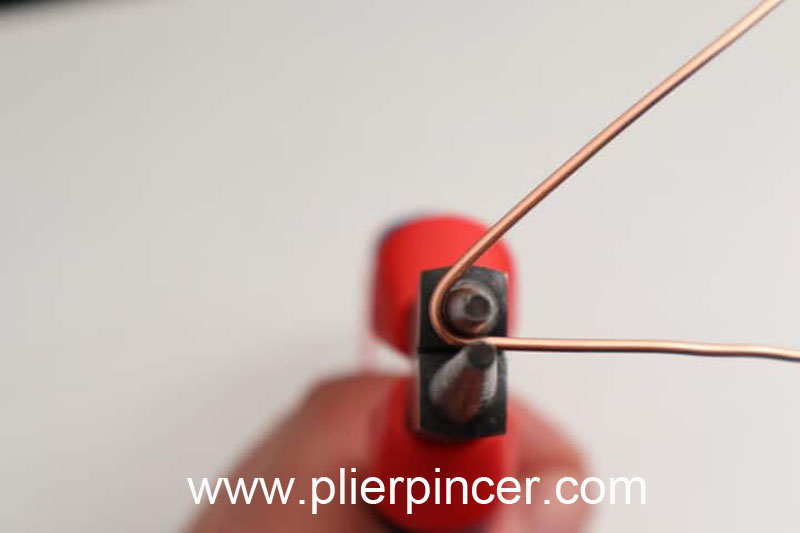 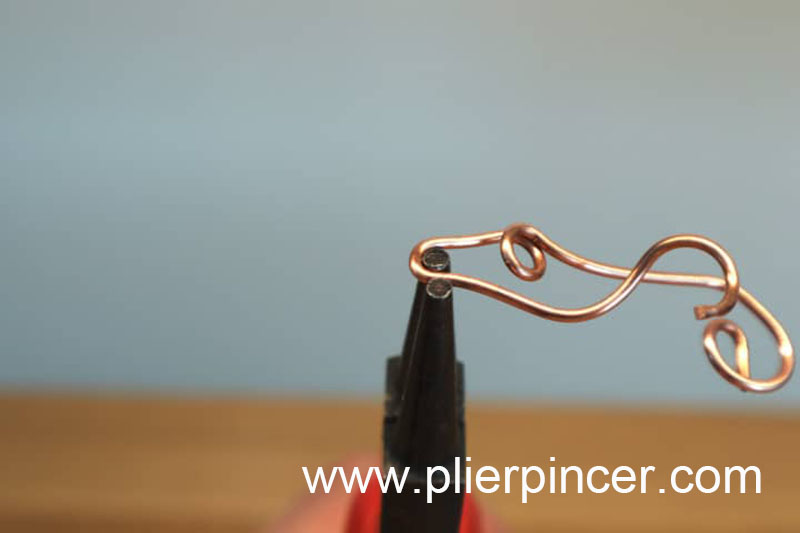 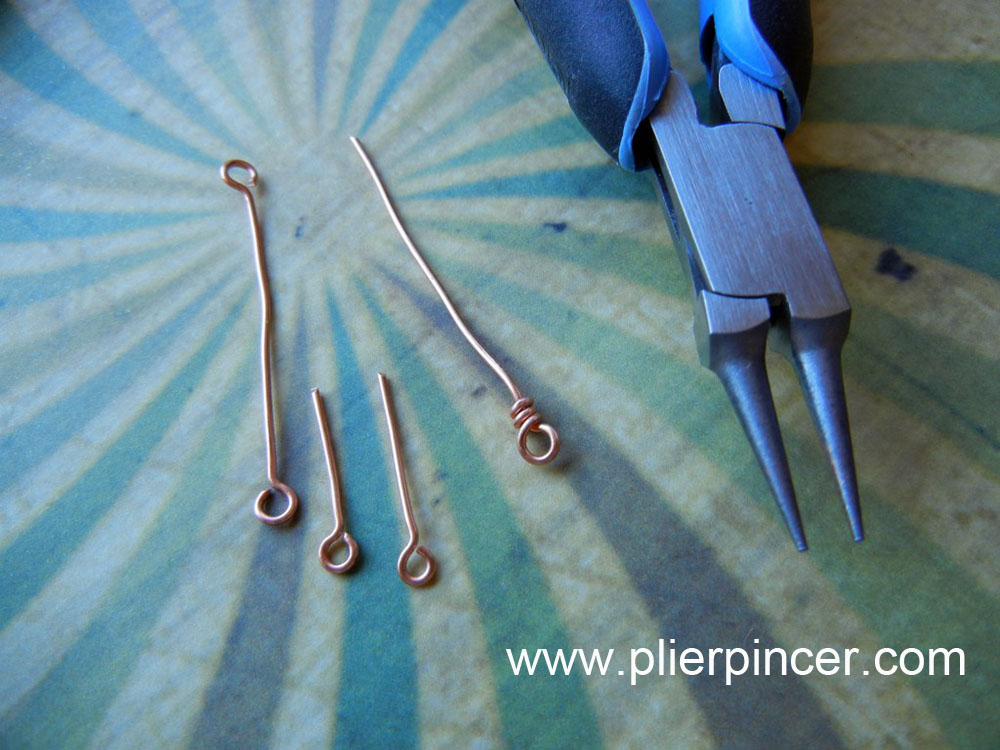 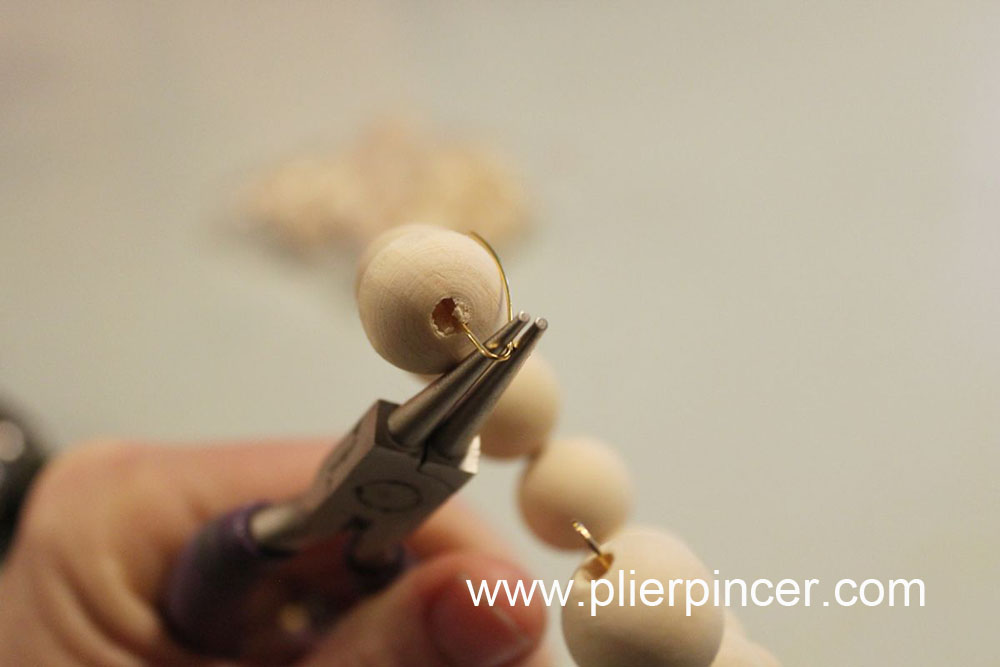 How to Use Round Nose Pliers

Round nose pliers are one of the primary essential tools to jewelry making. A must have for any jewelers toolbox, round nose pliers are normally used to manipulate wire by opening and closing loops, making coils, and wire working with various gauge wires.

What are Round Nose Pliers?

Round nose pliers are a peculiar-looking pliers type: their short round and conical noses are very different from practically all other pliers. With small slippery jaws and no wire cutters, these pliers do not seem too well equipped for either gripping or cutting. As their name gives no hints of their application, you might have wondered what are these pliers, and what are they really good for?
In this article, we are going answer these questions, and shed light on this less well known pliers type. The answer, in a condensed form: Round nose pliers are special-purpose pliers type intended for accurate bending of wire. The short tapering jaws of the pliers have a completely round cross section, and can be used to make smooth bends into wire with a controllable bending radius. Round nose pliers are superior to other types in wire bending applications where the requirements for bending precision or appearance are particularly high, such as jewelry, decoration, and fine mechanics.
Next, we will go through the special features of round nose pliers in more detail. I will explain how the features set these pliers apart from others, and make them excellent in their main task: bending wire. Whether you are a seasoned worker or a beginner, the information provided here should be helpful to you. So if you are interested in learning more, please read on!
1. Jaw geometry
The jaws of round nose pliers are tapering with a circular cross section through the whole jaw length.
Unlike other pliers which mostly have flat or semi-rounded jaws, the cross section of round nosed pliers jaws is circular. Although this feature sounds rather unexciting, it actually gives the type a crucial edge over other pliers, and is also unique enough to give this pliers type its name.

In general gripping usage, the round jaws are far from optimal: their smooth curved gripping surface does not allow for much traction, and is prone to slipping off the workpiece. The jaws are also quite slender compared to Lineman’s pliers, for example, and not very well suited for heavy bending flat bar and sheet metal.
However, the round noses are excellent for what they are intended for: smooth and controllable bending of wire. The main reason behind this is that the round surface of the jaws can act as bending guide or a mandrel.
To understand how, consider this practical example: you grip a piece of wire sideways in the round jaws, and start bending up. As usual, the part of wire just outside the gripping surface is the one doing the bending. If the gripping surface ends in a sharp corner, as in Lineman’s pliers, this same part of wire, which can be called the process zone, would bend further and further, until it would make a corner almost as sharp as in the pliers jaws.

Half-round nose pliers
Recognizing that only one jaw is used at a time as a bending guide, some pliers models have one jaw with a fully round cross section as in round nose pliers, but the other with a flat gripping surface and a rounded back, similar to the jaws of long nose pliers. Yet another variation has one jaw flat, but the other jaw half-round with a rounded gripping surface and a flat back – the opposite of long nose pliers.
These special versions may offer some advantages to professionals, but if you do not know that you need them, you are probably better off with standard round nose pliers.
Stepped-jaw pliers
Similar to round nosed pliers, but with jaws tapering in three discrete steps. These models make hitting a certain bend radius easier, since the radius does not change even if you are not using exactly the correct spot on the jaws. However, these pliers typically include only 6 different radii, and thus offer only a limited selection of bend tightnesses.
Long and needle nose pliers
The terms “round nose pliers” and “half-round nose pliers” are sometimes used to refer to long nose and needle nose pliers. These pliers indeed have half-round jaw cross sections: the gripping surfaces are flat, and the backs rounded. However, these pliers models are quite different in function from round nose pliers and also have more established names. This use of the term is confusing, and I would rather avoid it.
Summary
The main characteristics of round nose pliers discussed here are summarized in a table and a Pros & Cons list below.
Round nose pliers properties
Primary use: bending wire
Other uses: –
Bending radii (standard): .061”…0.15” (1.5…3.8 mm)
Bending angle: unlimited
Applications: jewelry, fine mechanics, decor